Get a quote online

Alternatively, arrange a callback below

When your property has a history of flood, insurance can be hard to come by. This is made harder again if you are in a flood risk area. Luckily we're here to help.

At One Insurance Solution (a trading style of Brightside Insurance Services Ltd), we have access to a panel of multiple insurers and can therefore provide home and flood insurance in many cases.

We can help cover your home if:

In general there are 2 main types of flooding that occur in the UK. One is river flooding and is usually caused by heavy rainfall. This can be very common in the UK where it rains approximately a third of the year. The second is coastal flooding. Coastal flooding is usually caused by storms that originate far from the UK. These storms create high winds, large ocean swells and waves that rise above the normal levels, flooding coastal areas.

Flooding in the UK is certainly happening more often with higher severity. The increase in recorded floods over the last 100 years can be associated with climate change and rising sea levels. Due to the increase in floods and the damage caused by them, a new government backed insurance scheme was introduced. Flood RE is a way for insurers to reduce their risk when covering high flood risk areas. This means that a flood home insurance quote is more readily available at lower than seen before prices.

Is flooding covered by home insurance?

Unless stated otherwise, normal home insurance will come with flood cover. Flood is usually from an external source, whereas burst pipes and washing machines leaking will usually be classed as escape of water. The only times that flood cover may be excluded is if you live in a flood risk area or have had a previous flood claim. Similarly if your property is unoccupied for long periods of time, an insurer may exclude flood cover. If you have concerns about whether your home is covered, its always best to speak to your provider straight away.

How expensive is flood insurance?

Due to the risks involved with flood and the amount of damage it can cause, premiums tend to be a lot higher for those homes previously affected by flood or in flood risk areas. Flood can cause that much damage that many insurers will not cover certain areas at all. This led to the introduction of the Flood Re scheme. The scheme (which is government backed), allows insurers to re insure their risks against flood and therefore reduce their exposure to loss. This means more policies are available at lower than previous prices in flood risk areas.

Where to buy flood insurance?

If your home has previously flooded or you live in an area prone to flooding it can be difficult to obtain insurance. Then if you can get insurance the prices can be very expensive. At One Insurance Solution, we have access to a panel of non-standard home insurers and can therefore provide insurance where some companies can't. Whether its your main home, holiday home, unoccupied or you're having works done, we can help provide insurance including flood cover. 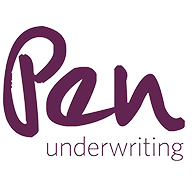 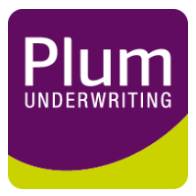 We do more than Flood Home Insurance

As experts on non-standard home insurance, we can cover the majority of homes and personal circumstances. Check out some more pages below: