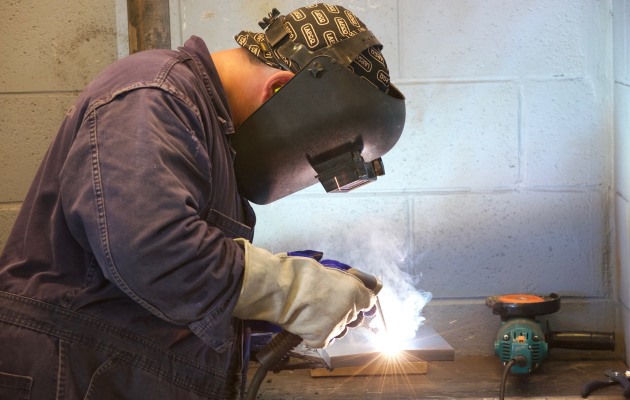 With the new series of The Apprentice hitting our screens later this year, we look at some of the top myths surrounding apprenticeships and show why hiring an apprentice may not be so bad for business.

While the typical apprentice may not be guaranteed a hefty investment from Lord Sugar, the average gap in lifetime earnings between graduates and apprentices now currently stands at just £2,200, or 1.8%.  A recent study by Aviva has also claimed that more than a third of graduates now regret attending university, and apprenticeships are now becoming a much more popular choice for young people leaving full-time education.

The image of apprenticeships is certainly changing; however there are still plenty of myths circulating which may cause many employers to think twice about hiring an apprentice. As the latest batch of new apprentices takes their first steps in the world of work this month, we lay some of the top apprenticeship rumours to rest:

For both employers and young people, apprenticeships are too often seen as a last resort for those who didn’t do well at school and have little ambition or career prospects. However, with as many as 1 in 5 people under the age of 26 still living with parents and many graduates facing crippling students debts which they are unlikely to ever pay off, having the opportunity the earn as you learn, stay debt free and have a fast track route to car and house ownership is becoming more and more attractive to those who may have once considered further education as the only option for them.

Apprentices are too young and inexperienced

Apprenticeships are open to anyone age 16 or over, and while there is potential to take on someone who is in their 30s and fancies a career change, the majority of apprentices are school-leavers, who are taking their first steps into the working world. But don’t let this worry you; the majority of young people now have part-time jobs while still studying and know exactly what is expected in the workplace, and opting for an apprenticeship shows maturity and a keenness to learn. What’s more, hiring a younger apprentice can also inject much needed energy and enthusiasm into your business.

Apprenticeships are time-consuming and a drain on resources

The majority of apprenticeship training is on-the-job, but that doesn’t mean that taking on an apprentice will put a drain on resources. All employees need bringing up-to-speed when they’re new, and although an apprentice may need additional help to begin with, the majority of their key skills training will be done through a college or other learning provider who will support the entire training process from start to finish. External training sessions often only involve one day release per week, and before you know it, your apprentice will be putting what they’ve learned into practice and working independently.

Apprenticeships are too expensive

To help improve the quality of apprenticeships and create three million new vacancies by 2020, the government are introducing a new scheme from April next year which requires employers with a wage bill of more than £3 million to pay a 0.5% levy to fund apprenticeships. While the news is not so good for larger corporations, if your business has 50 employees or less, you won’t need to pay anything towards the cost of training a 16-18 year old apprentice. You can also currently claim a £1,500 grant for up to five new apprentices each year, so by taking on an apprentice, you could in fact have a lot to gain!

Apprentices aren’t loyal and will move on after training

Once an apprentice has completed their training, they aren’t obliged to stay working for your business. But equally, you’ll need to decide whether or not you would like to offer them a full-time position when their apprenticeship is over. Many employers see apprentices as a long-term addition to their business, and research has shown that more often than not, apprentices stay in an organisation longer than other recruits. Just by considering an apprenticeship, you are showing a keen interest in investing in your people, and if you already have a loyal and happy workforce, then retention won’t be a problem for you.

While an apprentice may not initially seem as valuable to your business as a fully-qualified and experienced new recruit, in the long-run, they will have as good an understanding of your business as the rest of your employees and can actually help enhance other employees’ skills. On-the-job training and learning from others are the most effective ways to develop new skills, and by providing your existing staff with opportunities to coach or mentor apprentices, you’ll help support their personal development while ensuring your new recruit gains essential knowledge and hands-on experience from a number of different team members.

There are plenty of perks to offering an apprenticeship, from showing you’re an employer who invests in their people to playing a vital role in helping your local community. So if we’ve inspired you to take on an apprentice next year, visit www.getingofar.gov.uk for more information and speak to other local businesses that already run apprenticeship schemes to see if taking on an apprentice is right for you.