The sound of an ice-cream van can only mean one thing – the great British summer is here! We asked people across the UK to name their favourite ice-cream van tune.

We asked the British public to name the tune that they would love to hear blasting from an ice-cream van this summer. And the results may surprise you. American rapper, Vanilla Ice, took the top spot with his equally apt 90’s hit ‘Ice Ice Baby’ while there were a few more tongue in cheek choices, such as Lionel Richie’s classic single featuring the line, ‘Hello, is it me you’re looking for?’.

Guns N’ Roses ‘Sweet Child O' Mine’ was the second top choice, which would certainly wake up any neighbourhood.

Confectionary featured in many of the song chooses such as:

Songs containing the words fire or ice were also top contenders with ‘Highway to Hell’ by AC/DC and ‘Cold As Ice’ by Foreigner taking fourth and fifth place respectively. But despite having free reign to pick any song, 14% still agreed they would choose the classic ‘Greensleeves’ above anything else. That has to say something for tradition. 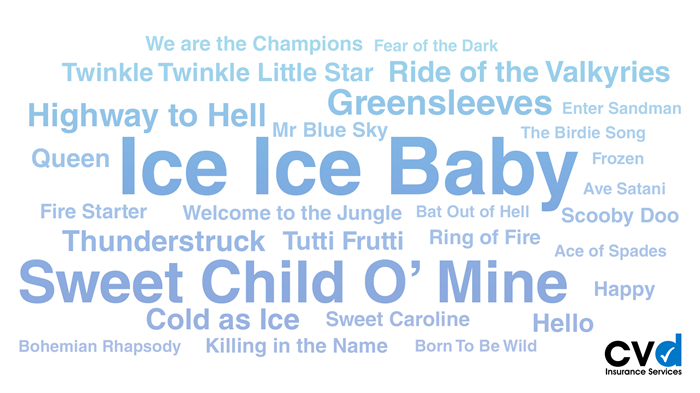 It goes without saying that the sound of an approaching ice-cream van brings joy to all around, both young or old. When you picture the scene in which the twinkly melodies are heard, you might see a rose-tinted suburban paradise with children running in anticipation of delicious frozen treats, their parents walking behind with purses in hand. But for the vendors themselves, the history of the ice-cream van tune has not been as smooth as a whippy ‘99.

The mobile ice-cream industry’s musical side has faced rigid legislation for decades. For 30 years, and until recently, ice-cream vans could only play four seconds of chimes at a time. In 2013 the legislation was relaxed, allowing up to 12 seconds of play on arrival at a location. The change came as a source of frustration for the Noise Abatement Society, but a treat for those who enjoy a bit of ‘Waltzing Matilda’ or ‘Fur Elise’!

Another challenge for ice-cream van owners has long been the issue of copyright. While traditional pieces such as the classic ‘Greensleeves’ are now in the public domain, more recent songs are protected by copyright law. Playing tunes in a commercial capacity involves obtaining a PRS for Music licence, while a licence from PPL (the Phonographic Performance Limited) is usually required to ensure that the artist receives a fair share of any resulting profits.

Regulatory headaches aside, there is no doubt that the twinkle of an ice-cream van’s chimes brings excitement and nostalgia. As reported by Irish Central, police in Northern Ireland have even used ice-cream van music to deter crime.

So there we have it. The chimes of an ice-cream van still play strong in the hearts of the British public, and your favourite, the catchy ‘Ice Ice Baby’ has been chosen. It’s good news for ice-cream van traders who today must compete with the giant 24-hour supermarkets (not to mention soggy British summers) and keep people coming back for more refreshing and decoratively sauced cones.
While the ice-cream van has declined in frequency since its heyday in the 1950s and 60s, there is certainly still a place for flake-topped goodies from the back of a musical van, even in the summer of 2016. 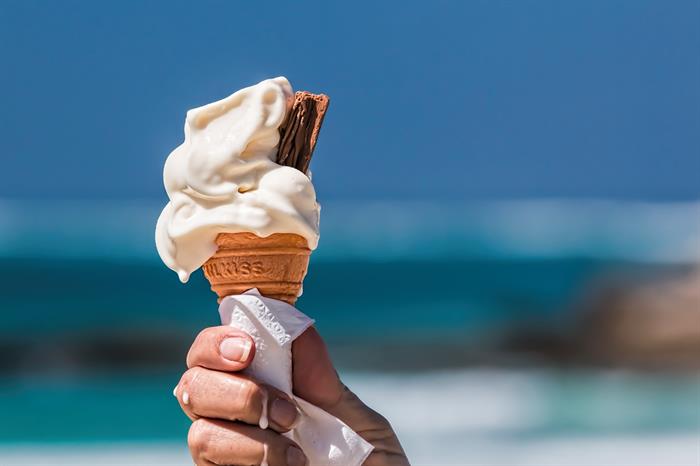