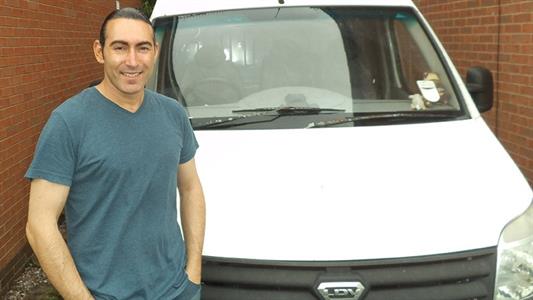 Branded the rudest, the most likely to drink-drive and recently pigeonholed as an unfair ambassador for the ‘Leave’ campaign (dare we mention Brexit), it’s not been an easy ride for the ‘White Van Man’ over the last few years. A quick search on Google still reveals a list of road-rage and disorderly incidents, but new research suggests that this is all about to change.

Ah the ‘White Van Man’ – the staple of British culture – a lairy, foul-mouthed driver, with no concept of breaking distance and an unhealthy obsession with his blinkers. Sound familiar? Well not for much longer, as figures from the Society for Motor Manufacturers and Traders suggest they are no longer the majority van driver.

In April, the SMMT announced that there are now more than four million vans on UK roads and demand for new vans is at a record high. The SMMT have put this down to a sustained confidence in UK business and the continuing demand for online deliveries.  In fact, vans now cover roughly 45 billion miles in the UK each year and, as a whole, commercial vehicles contribute £11 billion annually to the UK economy.

But what does this mean for the ‘White Van Man’. Guardian journalist Peter Fleming says ‘it seems that he (or sometimes she) is getting too widespread to be pigeonholed.’ And we couldn’t agree more.

With an increase in vans on our roads, the ‘White Van Man’, our not-so-friendly, road rage ambassador, is no longer the majority. You’ll find the usual variety in the mix – builders, plumbers, delivery drivers – but our customers also include entertainers, artists and historians.

We spoke to 2 of our own drivers who are helping to break the mould.

Meet Jason. Jason is a Magician and Illusionist who has been performing professionally for over 20 years throughout the UK and Europe. Jason uses his van to transport his show, even taking him as far as Fuerteventura. Jason’s job means he isn’t the typical ‘White Van Man’, even though his van is actually white. ‘I feel that the person’s job should be more important than what vehicle you drive’ says Jason.

This attitude is shared by Richard, a balloonist at The Card House & Balloon Room in Wigan and another customer – ‘I would think the stereotype of van drivers has changed, I’m more courteous as a van driver, mainly because I have the company named emblazoned across the side of the van’.

So if they’re not delivering Amazon parcels or carrying building materials, what do our drivers carry? As a Magician and Illusionist Jason certainly carries an unusual load – ‘I have devices that chop me in half, vanish my assistant into thin air, transport a human being from one place to another and many more.’  Richard on the other hand mostly carries balloons en route to weddings, parties and major corporate events, although a 16ft BBQ has once graced the presence of his van – ‘it was the longest BBQ I have ever seen – it was hanging out the van for about two miles’.

And our drivers are quick to emphasise their contribution to the economy. For a start Jason says, ‘We pay more tax and use more fuel, so we put more back into the economy than a car user.’ Richard agrees – ‘Not only do we keep the wheels of industry turning by moving goods, but we also generate revenue for petrol stations, the government and roadside snacks bars’. And ‘of course traffic wardens’, he jokes. In fact, according to SMMT, 3,000 tonnes of goods are moved by road every minute in the UK, although Richard’s load might be a little on the light side.

So moving past the stereotype, what’s important to our van drivers? Life has certainly changed a lot for Richard over the past four and a half years. He used to fit the stereotype of the overweight sedentary driver, but following a liver transplant he now plans all of his jobs and where to stay around where he can enjoy a good run – ‘how many van drivers do you know that run 25 miles a week?’ Nice one Richard!

And what about Jason, he’s certainly seen some sights over the years, but what’s important to him? Despite his line of work, he’s a practical chap – ‘It would be nice to have longer parking bays in car parks for 1WB vans. Height restrictions on car parks would be helpful [too] well in advance of the car park.’ ‘I would [also] like to go [to my local recycling centre] every week with my garden rubbish, not have to save it up.’ All sound suggestions Jason.

So there you have it – our own ‘white van men’ are a new breed – courteous, business-driven and practical. Although Richard does have some great advice for when he feels a ‘white van man’ moment coming on – ‘sometimes I’m screaming inside at some idiotic driving, but instead I just smile and wave!!’

The ‘white van man’ may be on the rise, but he (or she) has got a new uniform.